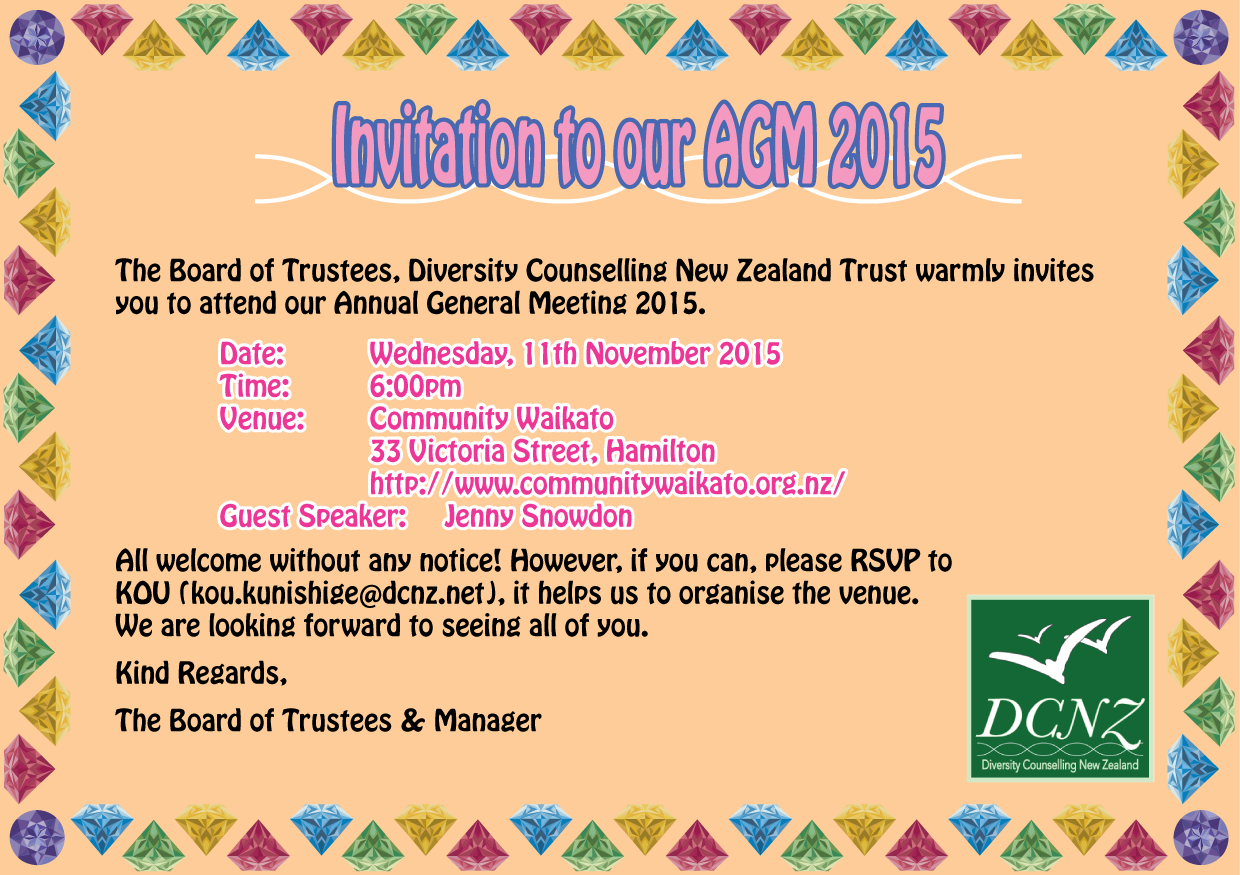 The second AGM for DCNZ since DCNZ lauched was held on 11th November 2015, at Community Waikato, from 6pm. 10 participants from 6 different organisations attended.

DCNZ invited Jenny Snowdon (Chairperson of NZAC Waikato) to give a speech at AGM. Her speech was very enjoyable as well as very encouraging for us. I would like to express my gratitude to Jenny for not only her speech at AGM, but als0 her supports for AGM.

Matters arising from the minutes

Light refreshments and an opportunity to meet further 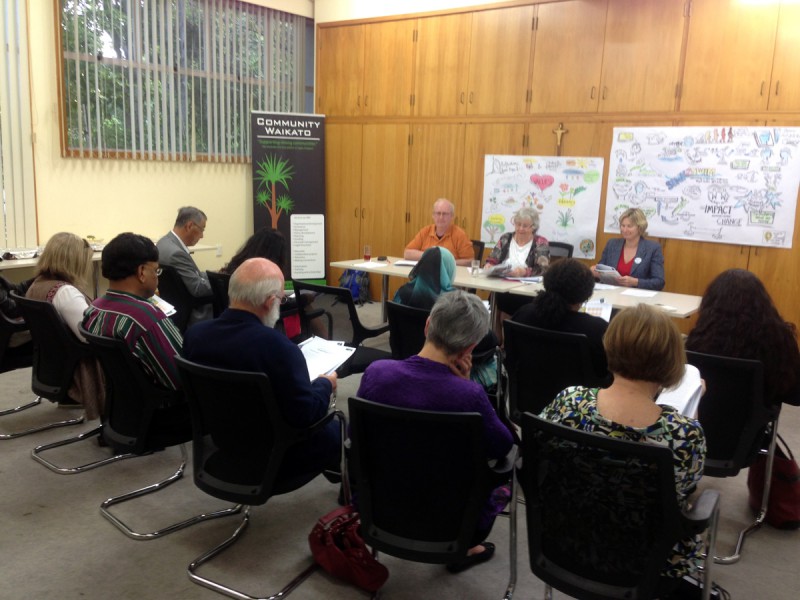 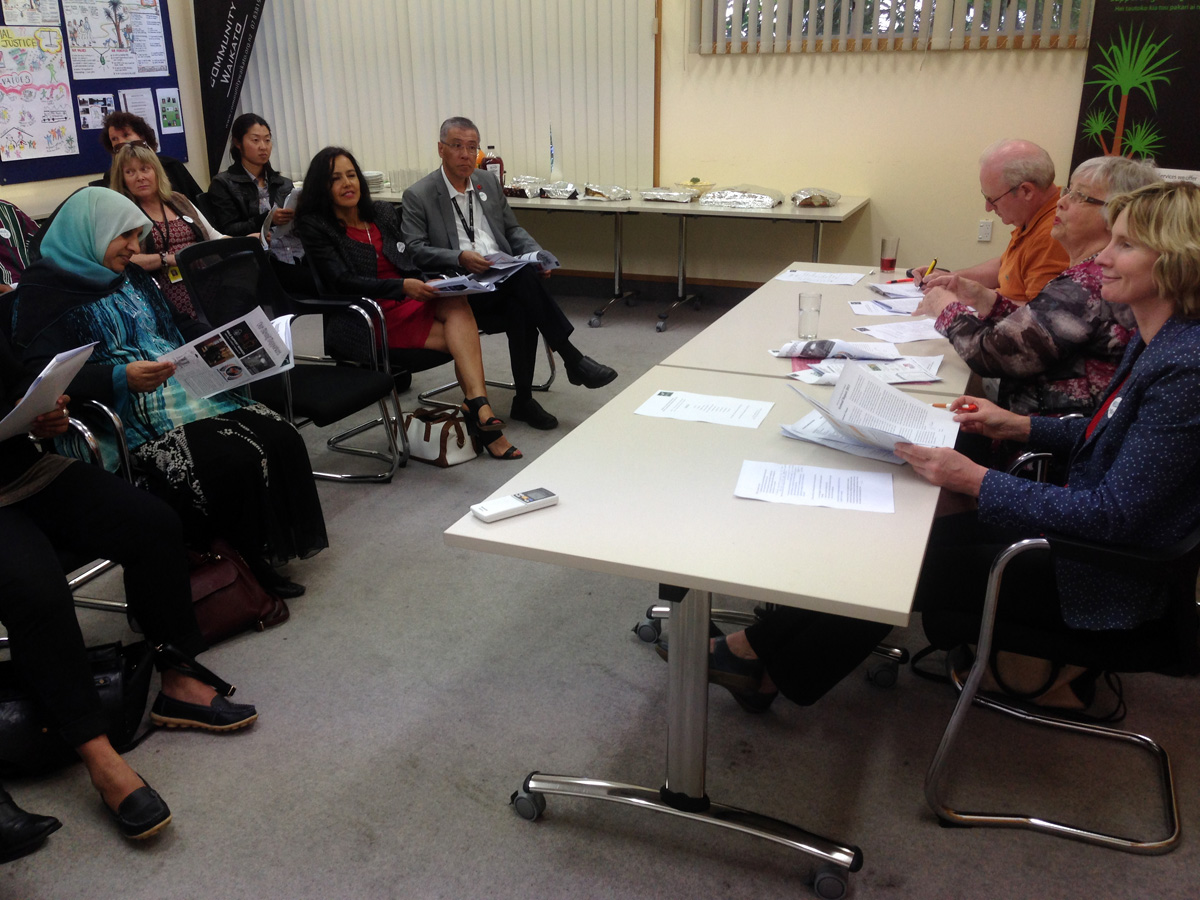 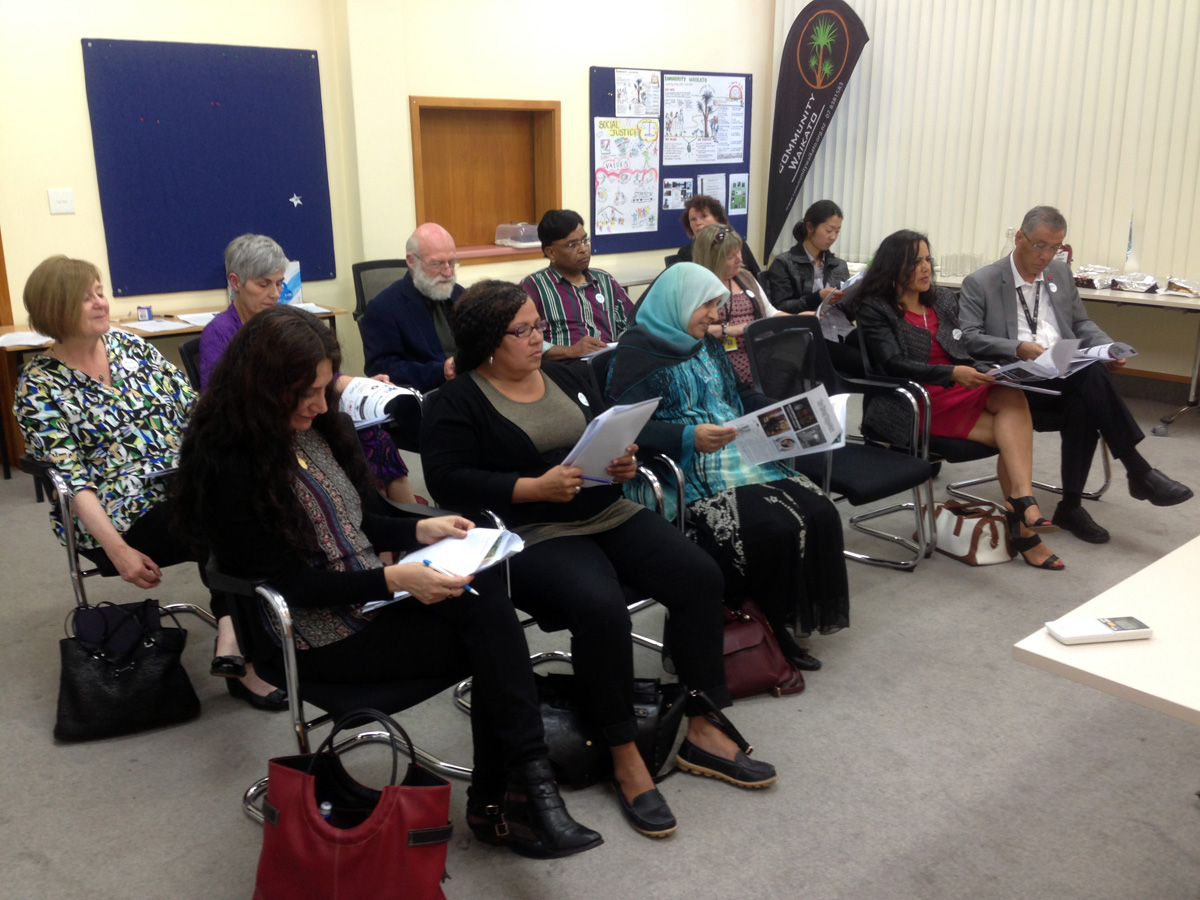 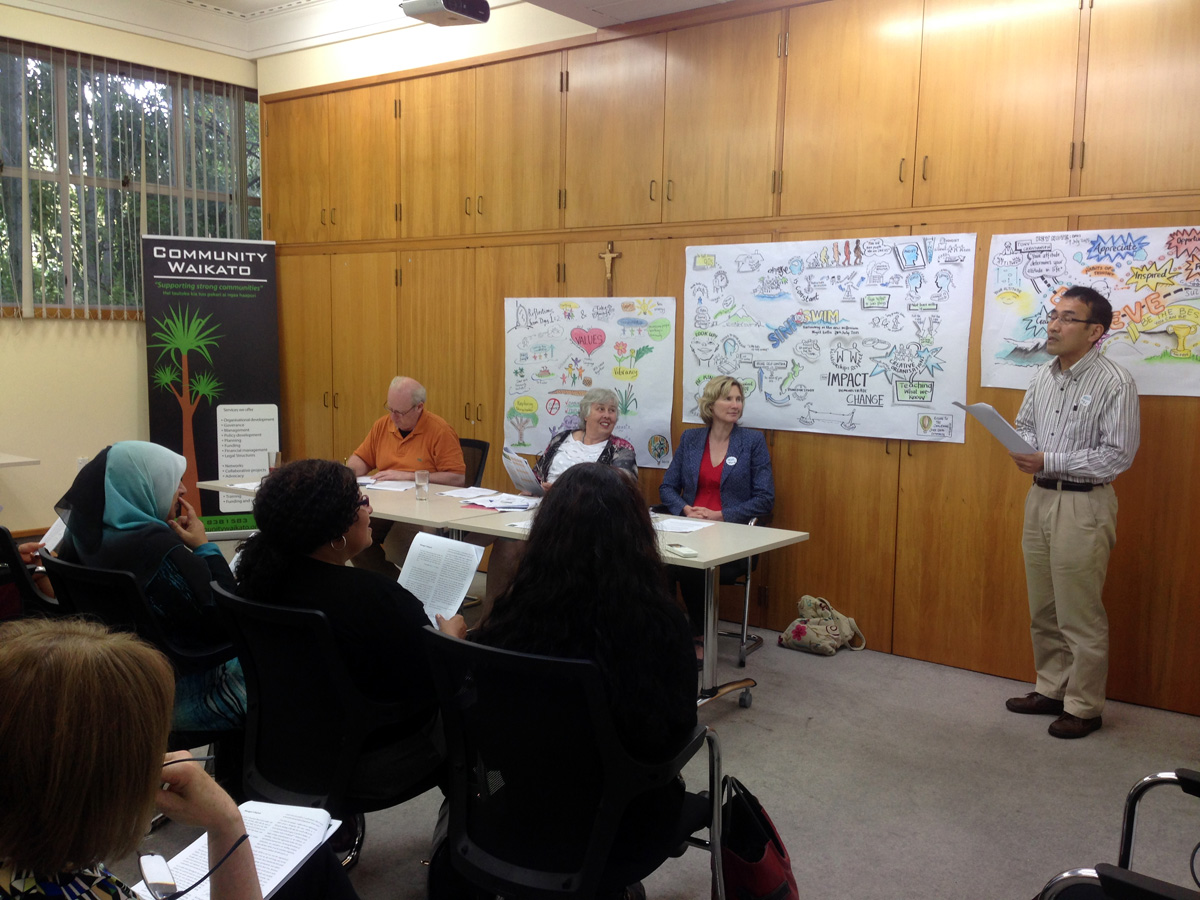 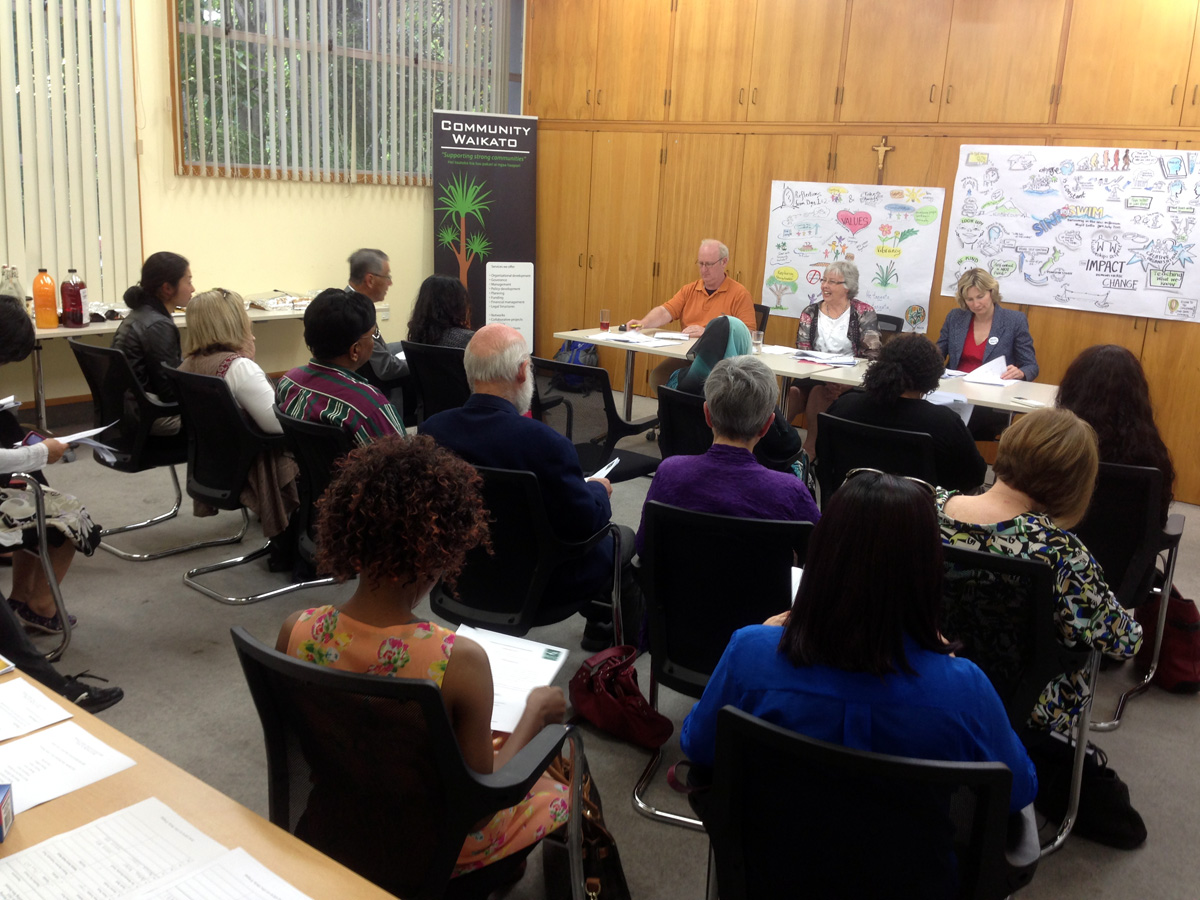 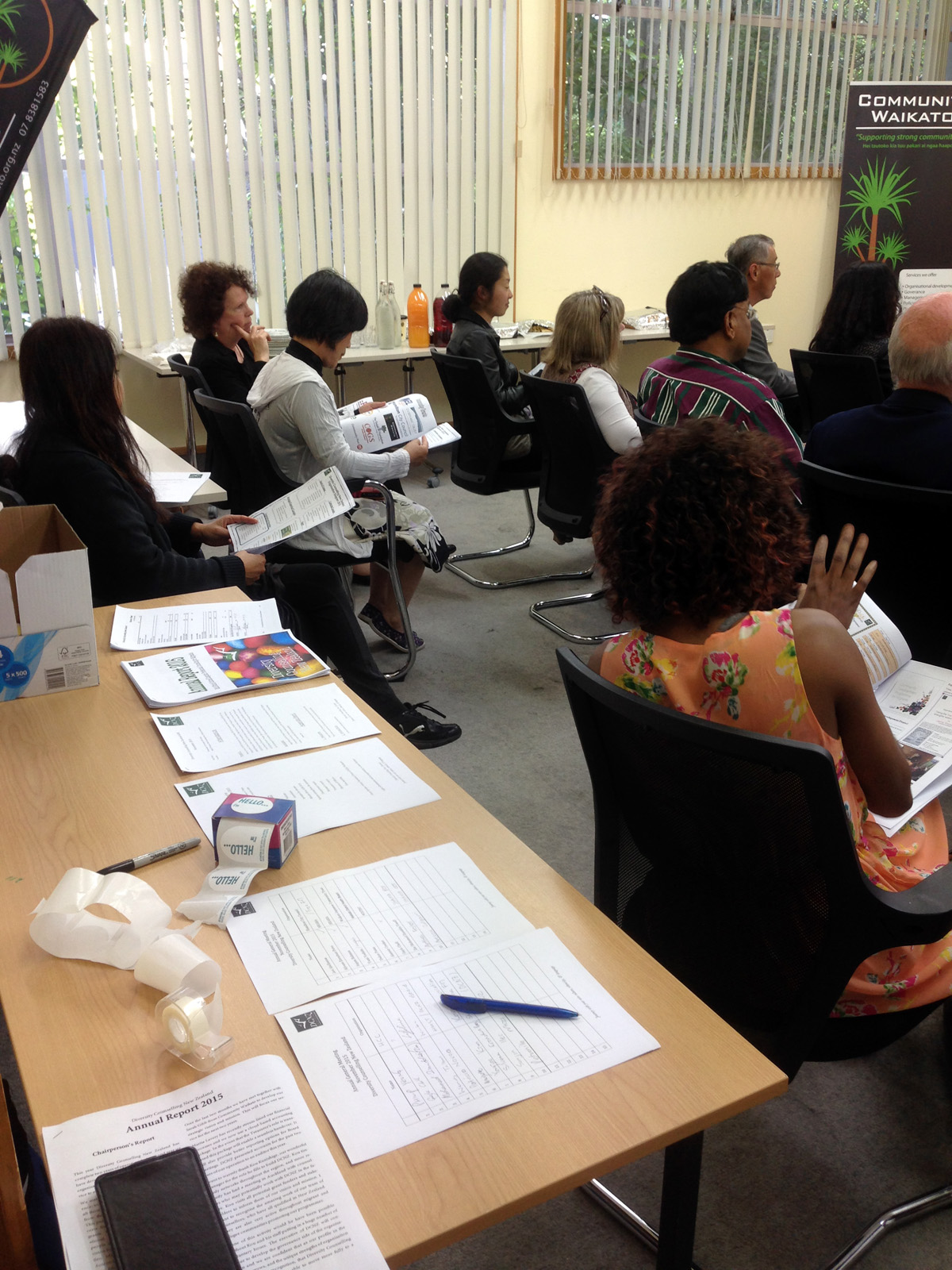 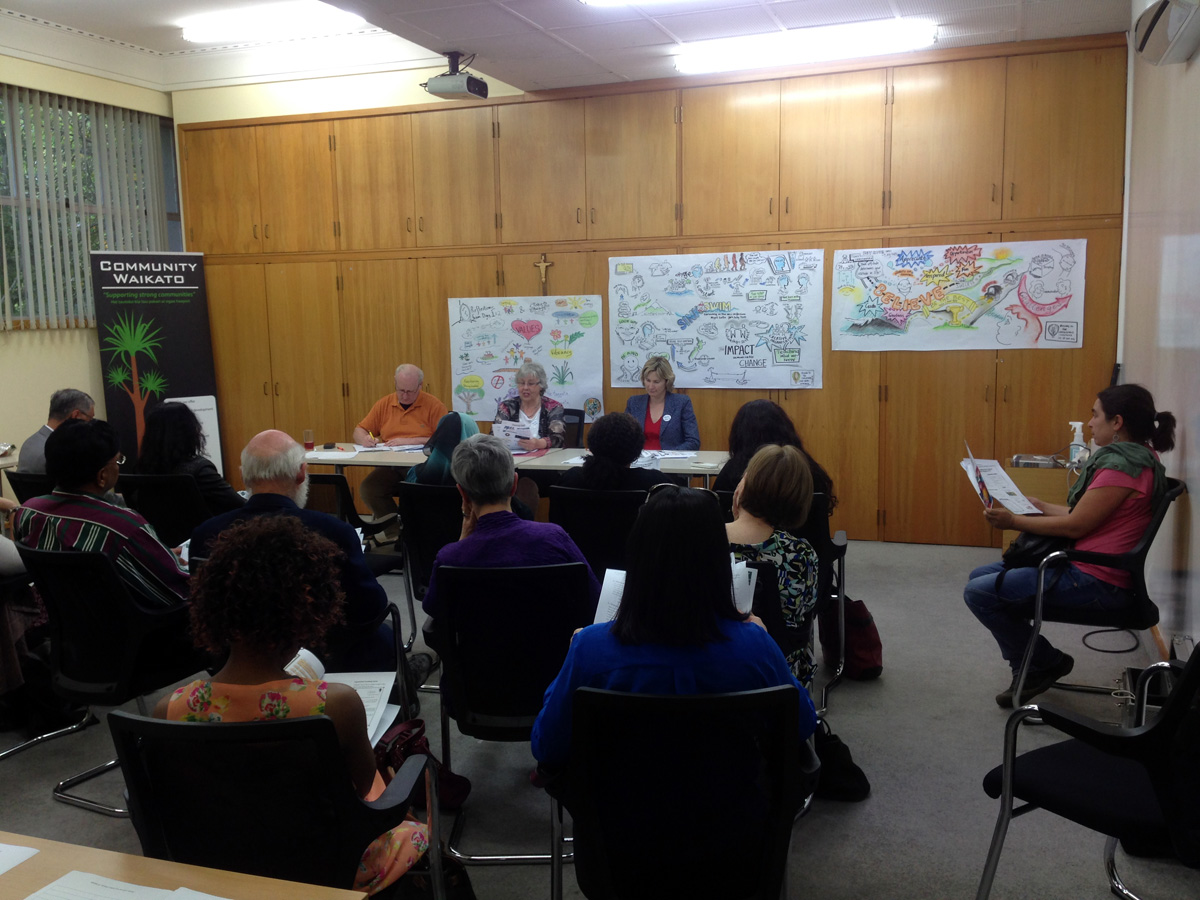 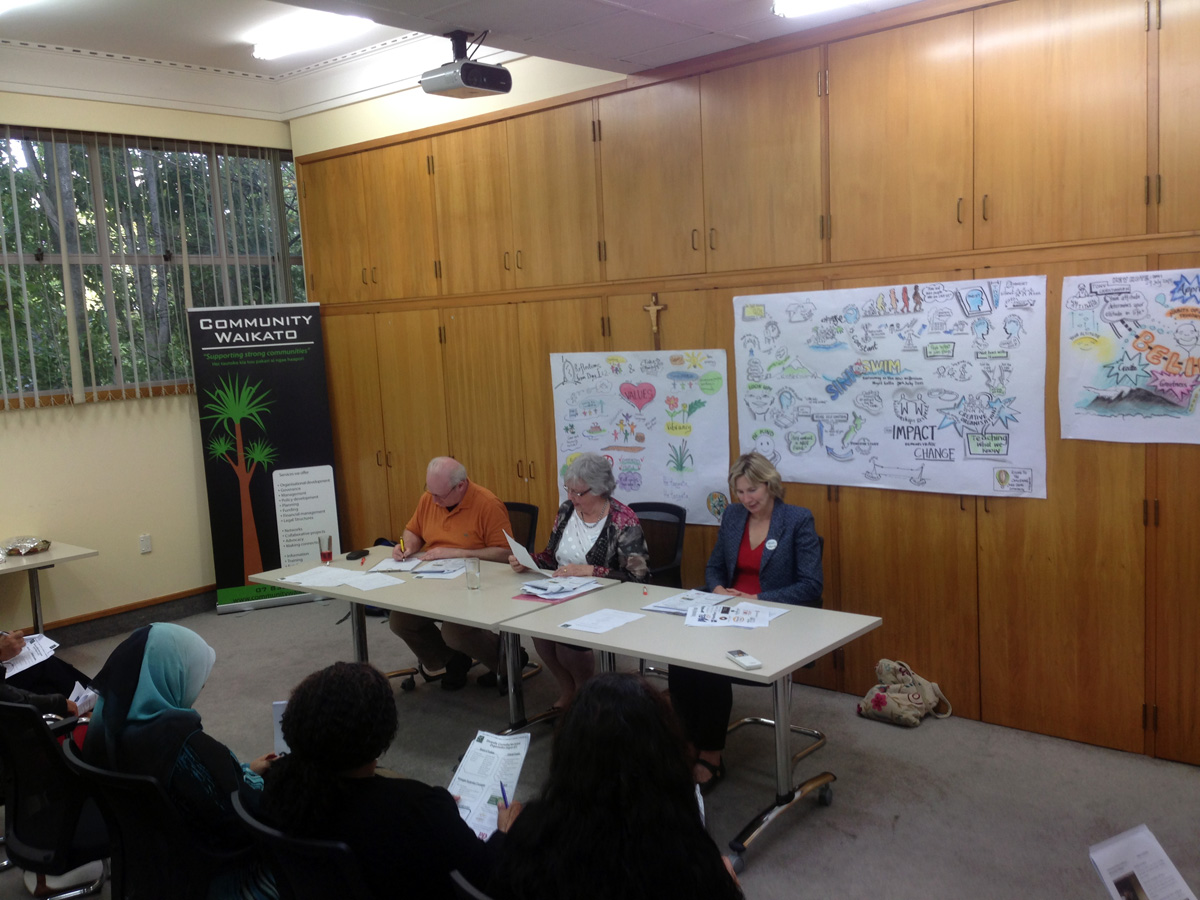 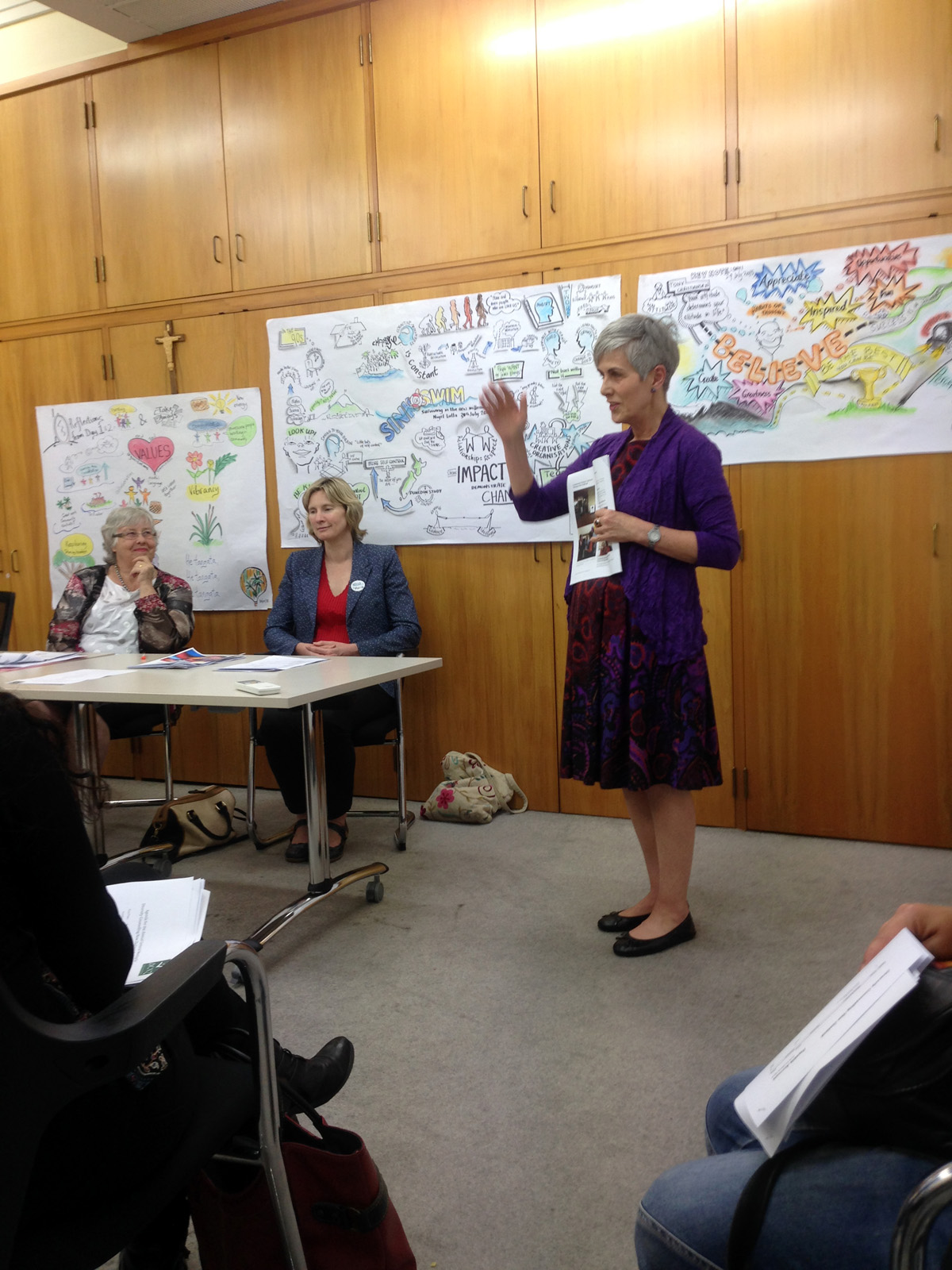 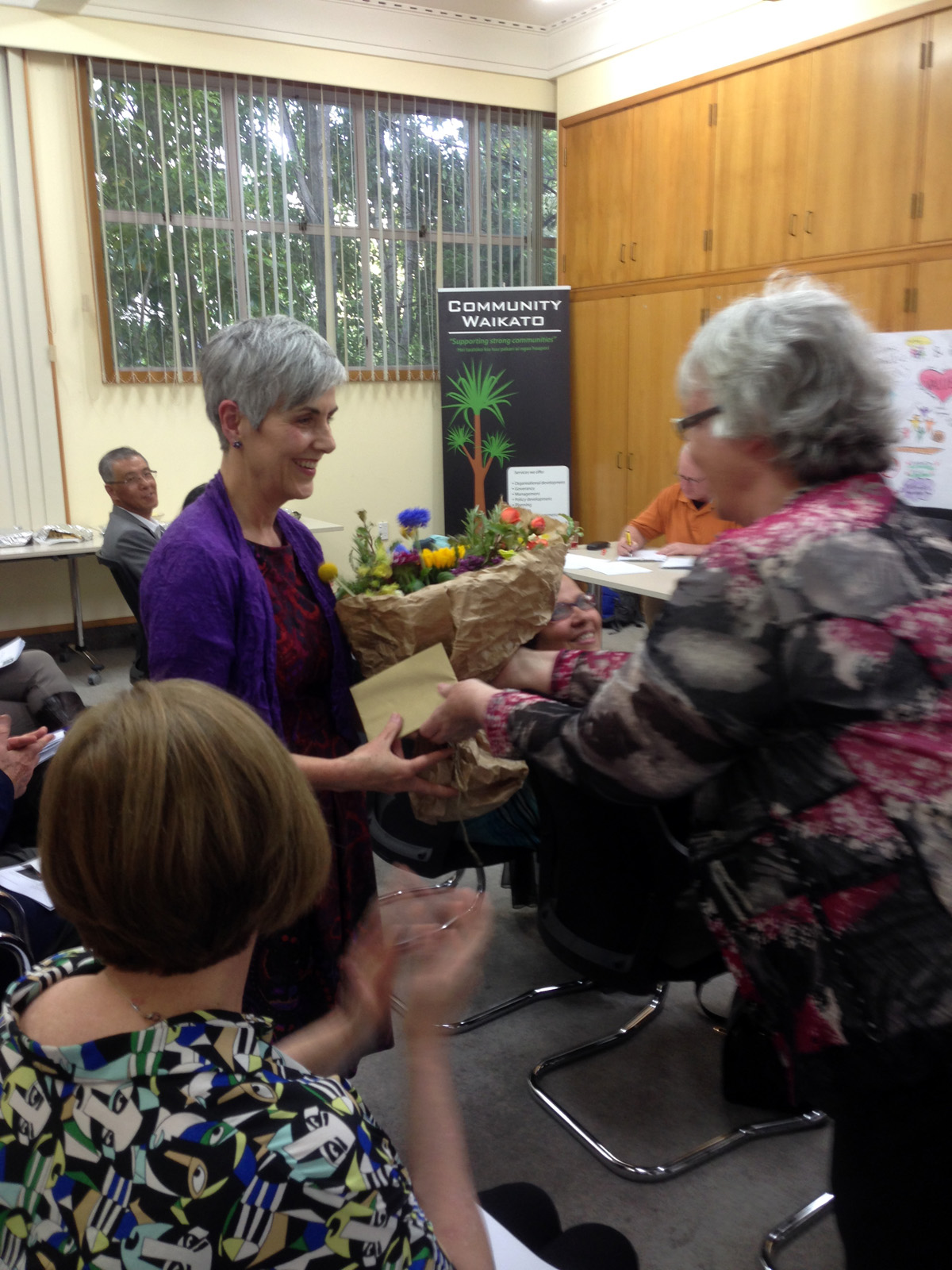