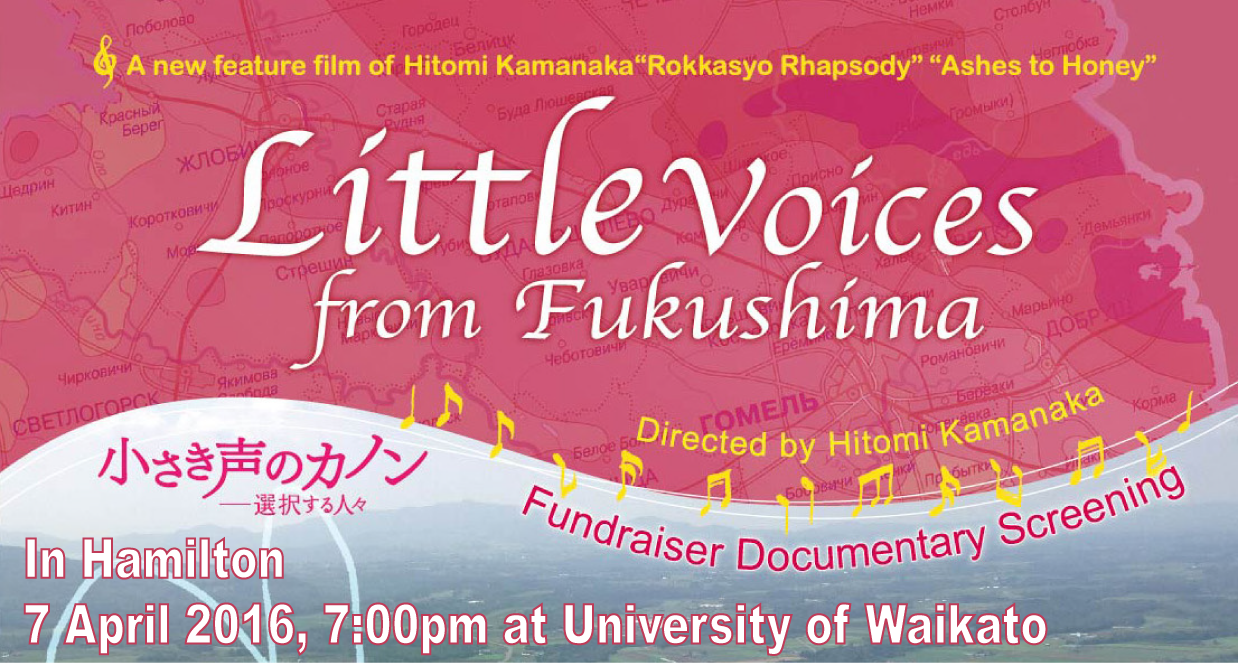 (Newly Released in 2016, Japanese Voices & English Subtitle)
On 7 April 2016
From 19:00
Hamilton, At University of Waikato , Room S.1.04 **
**No Admission Fee (A collection will be made before and after the showing of the film. The proceeds will be sent to “Kakehashi to Chernbyl” (NGO) after the cost of film distribution has been paid.)
No Booking is required

Little Voices from Fukushima is a documentary film dedicated to Japanese mothers and children living in the post-meltdown world of the Fukushima Daiichi nuclear power plant disaster. In the course of telling their stories, Director Hitomi Kamanaka takes us to Belarus, where we learn from mothers who experienced the Chernobyl nuclear disaster 28 years ago.

On March 11, 2011, massive earthquakes hit the Tohoku area in northeastern Japan and caused the catastrophic meltdowns at the Fukushima Daiichi nuclear power plant. However, large numbers of families including children are still living in contaminated areas. The reasons they have not left are various: lack of the financial resources necessary to relocate, for example. Or, they may be the victims of government failure to provide appropriate instruction about the need for evacuation.

Director Hitomi Kamanaka realized that the people living in Belarus, still suffering the aftereffects of the Chernobyl nuclear disaster, had valuable lessons to offer. We stand at a turning point: we live in a time when all people face the problem of radiation exposure, and we who are adults have a special responsibility. To learn from the experiences of the people of Belarus can provide important knowledge for survival and for finding hope for the future.

Little Voices from Fukushima Trailer from ぶんぶんフィルムズ on Vimeo.

Donation to NGO “Kakehashi to Chernbyl” 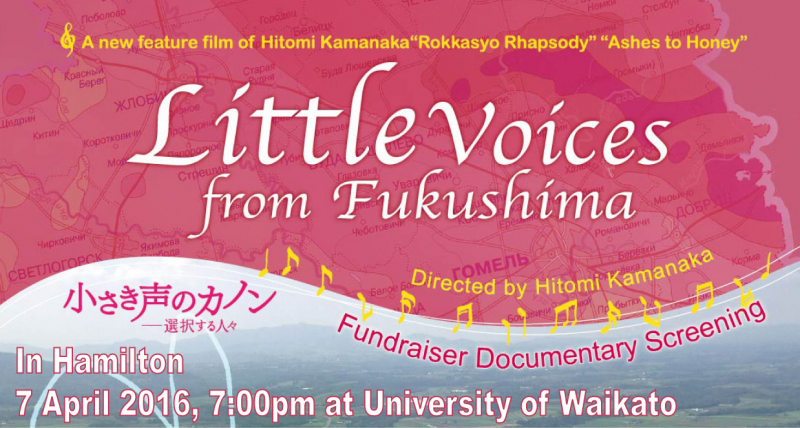